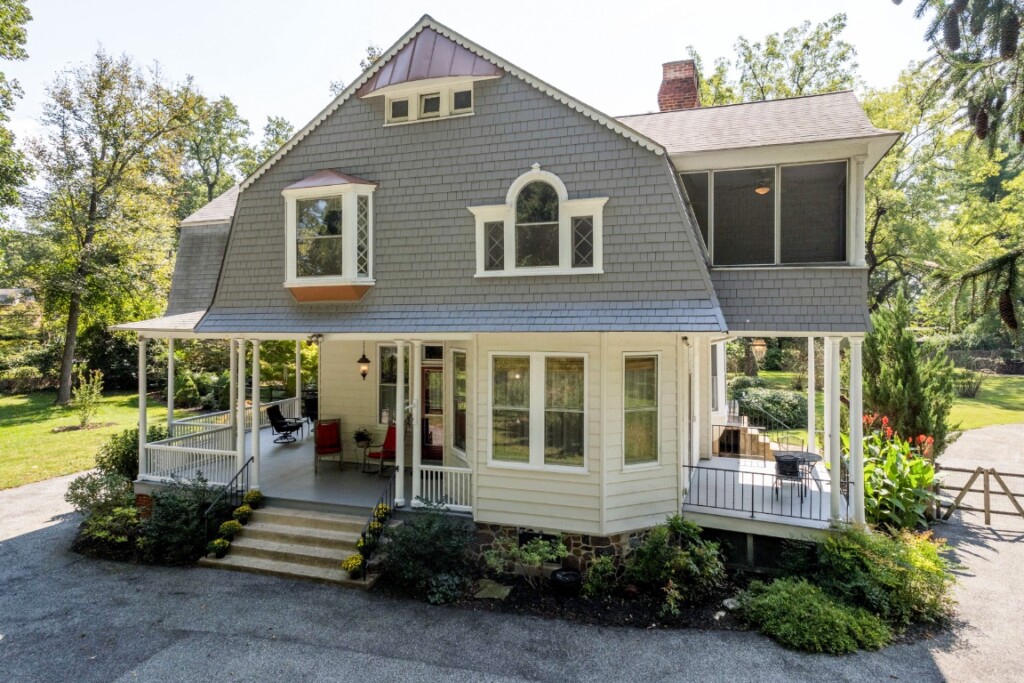 From Way Back When in Sudbrook Park by Beryl Frank, 1997

In 1892, George M. Shriver purchased 1.5 acres of land upon which he built the large house which is there today. The house, completed in 1893, was one of the earliest homes in the area known as Sudbrook Park. Whether it was originally built as a summer home for the Shriver family or for year-round living is not known. What we do know is that William Ross Howard bought and improved both the house and the lot by adding enough parcels of land to put the house on two acres.

According to the records of Sr. Mark’s-on-the-Hill, William Ross Howard and Louisa M. Thomson were married there on November 15, 1902. Miss Thomson, known as Lulu, was the daughter of Mrs . .]. S. Thomson who ran the Sudbrook Park Hotel. The wedding notice from the church mentioned only that the bride was living in Sudbrook Park and did not indicate where in the Park she lived.
By 1907 the Howard family included three young children: Charles Ridgely, William Ross Jr.,and Louisa Margaretta. About 1907 the Howards did extensive remodeling. They added the large fireplace to the living room and made this room into a place for entertaining many well-known people.

Bill Howard, the second Howard son, married the well known movie actress Dorothy Lamour. So it was that such famous movie personages as Bob Hope and Bing Crosby were entertained at 607 Sudbrook Road when they came to the horse races at Pimlico. The house is set today on three acres of ground with tall trees surrounding it. It has a mansard roof with dormer windows and originally had wooden steps leading up to gracious porches. The frame was painted white and the trim was green. Shutters framed the many windows. Indeed, it was sometimes called a house of windows as there are about forty-five in all.

When you walk into the entry hall, the first thing you see is the dark mahogany stained oak paneling. The doors were also made of oak to match the paneling and they stand seven feet tall – large doorways in good proportion to the ten foot ceilings. At one time, there were sliding doors to the front and back parlors.

In the dining room are two original built-in corner cabinets. Once there was a foot bell under the dining room table which the hostess pressed to call her maids or butlers. The first Mrs. Howard was an elegant hostess who entertained frequently.

The bathroom in this house was also quite elegant. The tub measured six feet long. The pink marble wash basin is still there and in use, although the marble has a slight crack. The room itself measures eight by twelve feet – a large bathroom by any standards.

The house had two stairways. The front stairs were in the paneled entryway for family and guest use. The back staircase, made with cypress spindles and an ash newell post, was used by the domestic help.

In addition, a separate carriage house was on the property. This had stalls which were made of good chestnut boards. These boards. have been removed from the carriage house and are today used as bookcases in the main house. There were several rooms above the stalls where the groom lived. The carriage house is still standing today.

Whether or not you call this the Howard House as the old timers did, the house is still a most gracious home. The wooden columns on the porches are a reminder of country living when there was time to sit under the trees and enjoy the clean air.